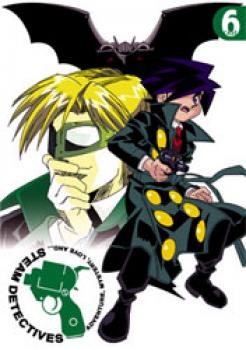 Steam City is under attack! A chance run-in with Dr. Guilty turns Ling Ling into a hostage. Narutaki springs into action, but when the doctor reveals the damage he intends to unleash, it becomes clear that much more than a friend is in danger.

Yet Dr. Guilty isn't the only one with Steam City in his sights. Knight Phantom emerges from the shadows and promises to destroy the entire town- unless Narutaki agrees to own up to a dark secret of the past. Whit the city's fate teetering on the edge, it's up to the boy detective to set things right. But will the burden be too much for him to shoulder?

Get ready to walk the mean streets with Narutaki as he squares off against madmen and megamatons alike! The forces of justice meet the forces of evil head-on in the final riveting.