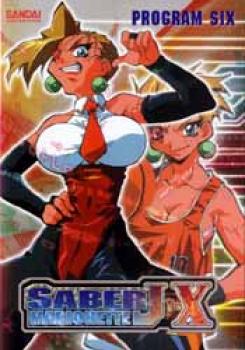 Is this the end of The Saber marionettes?

Dejected and defeated, Otaru departs for Japoness. Lime, Cherry, and Bloodberry remain in Xian, returning to their lives there. but they find themselves constantly reminded that they are only Marionettes, nothing more than machines. A broken-hearted lime agrees to the evil Dr. Hesse's proposal to make her human. Cherry and Bloodberry try to change her mind, but it's too late, and now Hesse has the information he needs that will let him destroy the Earth. As his space ship takes off, they manage to sneak aboard. Even though they realize they probably won't be coming back, they have to stop him. It's an ending you won't believe!<UL><LI>Episode 23 - The dream in the circuit <LI>Episode 24 - The girls beyond the rainbow<LI>Episode 25 - Rays of light<LI>Episode 26 - A forever blue sky</UL>