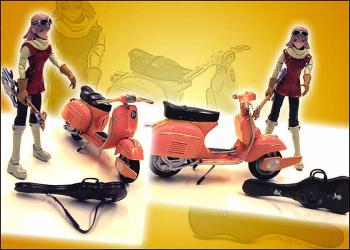 Imported from Japan! Naota wants to be normal. But with a talented brother leaving Japan for the U.S. to play baseballeveryone now looks at him a bit differently. His brother's girlfriend is acting strange as well, and now there's an even stranger girl (Haruhara Haruko) hitting on him. Literally. With a bass guitar. And robots keep springing from his head. Check out these cool action figures based on the shocking and riotous FLCL (Fooly Cooly), the digital anime about adolescence, expectations, and alien intrigue, created by Studio GAINAX, creators of Neon Genesis Evangelion! Choose from: Haruhara Haruko (with detailed Scooter, bass guitar, & case), and Kanchi (a red robot featuring 17 points of articulation and a variant hand). From Kaiyodo, makers of Neon Genesis Evangelion and Trigun toys! Original Japanese blister card packaging. 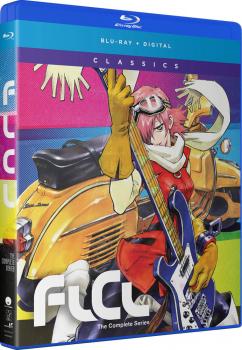 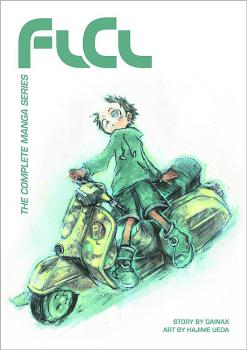