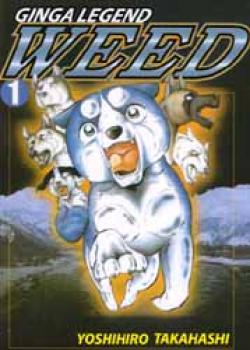 Weed is a courageous little dog who believes he is the son of the legendary Boss Dog, Ginga. After his mother dies, Weed begins an adventurous journey to find his father in the Okubo Mountains. Accompanied by the cowardly but kind-hearted GB, and meeting other dogs along the way, Weed must fight wild packs of dogs, as well as deal with the humans he encounters.