Survival in the office bilingual edition 1 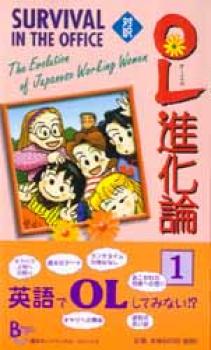 Survival in the office bilingual edition 1

The Evolution Of Japanese Working Women has gained immense popularity in Japan and abroad since it&#39;s release in 1989, and has sold more than two-and-a-half million copies. The &quot;office lady&quot; offers a refreshing contrast to the male office worker who leads a generally miserable existence and is overworked, underpaid and constantly harassed by his superiors. This new breed of woman has earned respect for their efficiency and indomitable spirit.