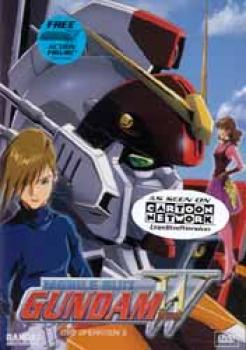 Zech's return as Milliardo Peacecraft encourages the rebellion against Oz! However, Quatre has succumbed to the pressures of war and returns to L4 to find his home in disarray and with it¿ his sanity. The colonies have begun to arm themselves with weapons of war. Duo must travel to the Lunar Base in an effort to destroy the Mobile Doll production facility. But as the Mobile Doll Project becomes the focal point for the Romefeller Foundations victory, can Heero and Trowa defeat a crazed Quatre, or will they all perish in this senseless war? Approximate running time: 125min.