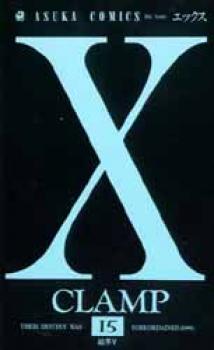 X/1999. The latest volume of CLAMP's supernatural fighting series is here! The future rests in the hands of one person, Kamai Shirou. The 7 Seals and the 7 Minions gather together and begin the struggle which will decide the fate of mankind. Will Shirou choose to be one of the 7 Seals and save humanity? Or will he choose to become one of the 7 Minions which will cause the Earth's destruction in 1999? He must choose, but anger and revenge makes the choice unclear. The world's future, along with the fate of Kamui, the Seals, the Minions and many others are all part of the thrilling story of X.